Report about the Opernball, which took place in Frankfurt the day before. Kim appears twice in the report: once walking on stage while she is presented as one of the performing artists, then later on in the report a short part of her performance is shown. The voice-over comments about the technical difficulties had during the performance and the fact that Kim left the stage after one song due to these technical difficulties. 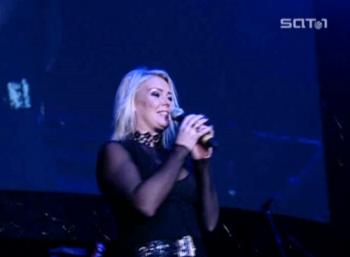 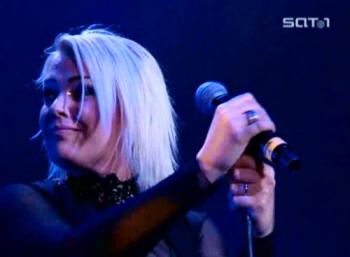