You have your whole family with you?
I have, my sister Roxanne is doing backing vocals, my brother Ricky is playing guitar, of course he's written all my hits, 'Kids in America', 'Cambodia' and all of them, and my sister in law Mandy is here as well, who's causing mayhem, so, yeah, it's fun to have my family with me.

What about your children, when they hear their mum sing all these big hits, do they like your music?
I don't think my little boy is that crazy about it, Harry, I think he prefers Metallica, Iron Maiden... My little girl Rose, she's eight years old, I think she thinks I'm quite cool.

I think it's similar, but I'm not an expert anyway. (...) What's the special thing for you to be in the show tonight?
For me, I've always watched ice skating on the television, never seen it up close and really close, like I am now. And it's absolutely magical, I can see why it's such a popular spectacle, it's just quite magnificent. It's a wonderful production, beautiful colours, costumes, and incredibly brave choices these artists are making, especially when they do those jumps. Your heart's in your mouth and you hope they're gonna land and they're not gonna hurt themselves and it's so beautiful to see music interpreted in that way. It's absolutely wonderful. I'm chuffed to bits to be here. 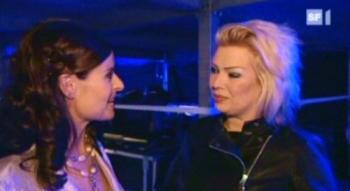 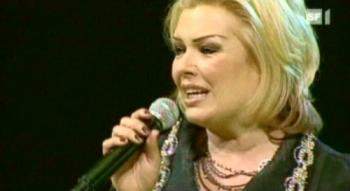 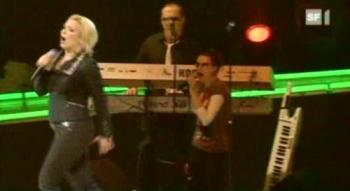 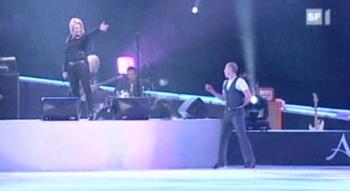 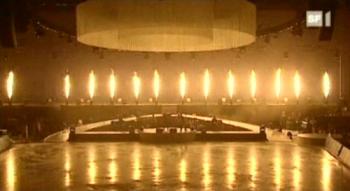