Kim Wilde appeared in this breakfast news programme, which is broadcast between 5.30am and 10am, several times, for interviews and two acoustic performances: 'Get out' and 'Kids in America'.

Yesterday you had your 50th birthday, how did you celebrate it?
We were in Dresden, and we did a little concert at the Nero club, it was very cool. A great night.

You probably got a lot of gifts. What were the greatest gifts you got?
Well I got given this beautiful necklace, which is a Scorpio, from my brother, who's here today, he's gonna be playing when we play live soon and I got 50 red roses from my mum and dad and I got a lot of roses last night, so thank you everyone who came last night, it was just fantastic.

You love dogs, don't you?
I'm a big fan of dogs. I wrote a song on my new album about my dog, whom I love very much. Jessica, yeah. This one is very nice, what's his name?

And Jessica, what breed is she?
She's an Airdale Terrier, she's really funny and I'm just completely in love with her, I love dogs. I love animals. But I love my dog, that's for sure.

So you had your first big success in the Eighties with 'Kids in America', that's almost 30 years ago. Why do you want to come back once more?
I'm on stage again next year in February and March, throughout Germany, on the 'Come out and play' live tour, and I'm gonna sing songs from my new album as well as my old hits of course, and I'm really looking forward to it.

So what do you associate with the Eighties, the shoulder pads?
Well it was a great era for pop music, there was fine songs, the bands are still playing live now, and sounding great. It was a great era for music but I love music now too. I'm not one of these people that say 'Oh the Eighties were great and it's rubbish now'. I love music, I love pop music still, so I still need my pop fix.

What do you think when people still remember your songs after all this time and still love them?
It's overwhelming. It really is. Last night, I really felt that. There were some fans in the audience whom I've known for nearly thirty years. And they have followed me all that time. They're called the Perfect Fans and they've become really good friends of mine. But people seem to have found a place for me in their hearts over the years, many people, not all, but many, especially in Germany, and it feels really great.

The new album is released and is called 'Come out and play' and we look at the video.

(Part of the music video for 'Lights down low' is shown.)

The record company has sent a lot of information with this cd and with 'Lights down low' they write: 'It's a typical Kim Wilde song, very sexy.' Not bad, or what? What does Kim Wilde think of this song herself?
All of the songs from my album or 'Lights down low'? Yeah, I love sexy pop music, I've always been a big fan of it and just because I'm 50, it doesn't mean that I can't enjoy singing pop music the way I did when I was 20. So yeah, sexy pop music is still where it's at for me. But you know, the album is quite diverse, it's got a lot of rocky sounds on it, more personal songs that are not strictly to do with flirting and kissing. It's an expression of where I am right now in my life, with love and family and friends. It says a lot more than just sexy pop.

And your brother and your niece also work with you. You've worked with your brother for a longer time, your niece has also tagged along.
Well, yeah, obviously Ricky wrote 'Kids in America' with my father back in 1981, my niece has been performing with a band for a couple of years now, and it's just great to work with them. She's an incredibly talented singer and writer, in fact she wrote one of the songs on the album too, Rick's produced a lot of the album and he's an integral part of the Kim Wilde sound, I can't imagine there being a Kim Wilde without Ricky Wilde.

What does Kim wish for her 50th birthday?
You know, I have all I want. You know, I have a beautiful family, a great husband, kids, I have good health, I'm a happy girl. I have more than I could ask for. 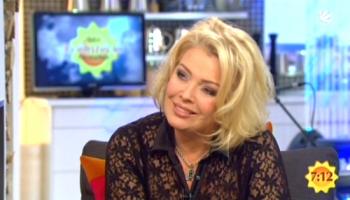 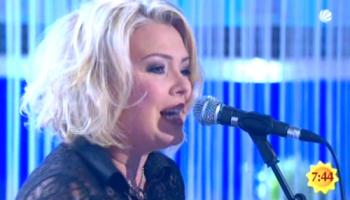 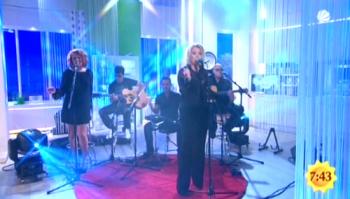 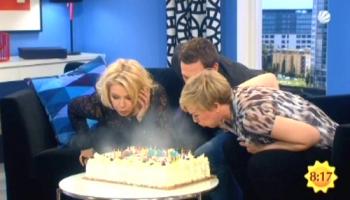 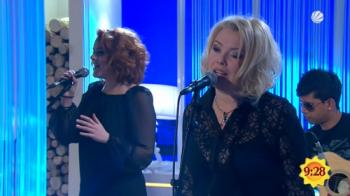 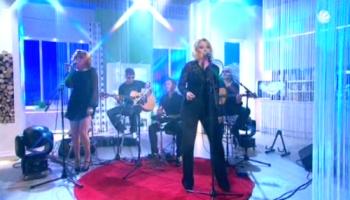