Interview with Kim Wilde about her upcoming new album 'Come out and play'. Some footage from the June 14 report is re-used, with an added visit to the studio where Kim's first video was recorded and where her success story once began.

('Lights down low' music video shown)
Kim Wilde rocks the house again. Even at 49 the pop icon of the Eighties proves that her voice still sounds exactly like in the old days, when she produced one hit after another with amongst others 'You keep me hangin' on'. This assembly line work has stopped, because other things became important for Kim.
My radio show, I also do quite a lot of consultation work in the landscaping industry and of course I have a family, two children at home and there's always a lot to do.

Still she went with us on a time travel and shows us in London where she recorded her first video for 'Kids in America'.
I remember going in and I couldn't believe there was this huge backdrop of American symbols. All this for me, you know, this huge set. I was so overwhelmed, I thought 'wow'.

And success came fast. She and her music hit the right spot at the time.
The beginning of my career was all about videos, lipstick and TV, all the miming and all the superficial kind of stuff.

Now she has two children, her son Harry rocks on her hits and on the microphone she is supported by her daughter Rose. Her family has somehow grounded her.
I've really found myself now, I wish I'd done it earlier but I had to have two babies first and get a second career. Better late than never. 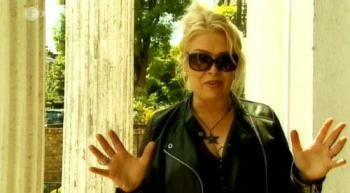 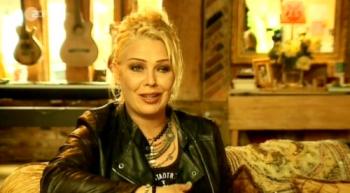