Interview with Kim Wilde, recorded in Paris on March 17, 2011, the night before her concert at La Cigale. Also includes some video from the gig as well as comments from fans leaving the concert on the night of March 18.

You started your career in 1981 with 'Kids in America' which has been a great hit, and many hits have followed. You celebrate now your 30 year career. What do you remember of these very successful years?
30 years it's been a wonderful career. Obviously like you said, starting with Kids in America, what an amazing start to a career, and I was only 20 years old, so that was just wonderful. I was really ready for it, I'd been wanting to sing and make records through all my teenage years so when it happened, I was really ready for it to happen. Before I knew it I was travelling all over the world, especially in Germany and here in France, which is where I'm spending a lot of time now, which is curious. And so many things have happened I mean, many many albums, many songs written, many tours... I had a break for a while when I got married and had my children. That was a really good thing and I got into a different career. But now that I'm back in music it feels really fresh again. All the fun has come back, so I would say it's very fun to be a popstar at 50. It was fun at 20 but I think it's just as much fun now, if not a little bit more.

Is it different for you now?
For me now, a big part of my career is with live music and in the early days it was very much about interviews, TV and video of course. Video was a big part of every career during the Eighties but now the first, most important part of my career really is about writing and playing live and doing lots of concerts. I've just finished a two week concert tour in Germany, I'm doing a concert tomorrow night at La Cigale, and then in Utrecht in Holland and Germany again, and there's a lot of work throughout the year. So the major focus of my career à ce moment is to faire les concerts.

Your new album 'Come out and play' is a very complete album. How did you choose the songs in this album? First of all to play on stage?
The first focus of the album was that it should be really compatible with our live set and my band and the way that we present the past. We wanted the new music to complement what has happened in the past with old hits like 'Kids in America', 'Cambodia', 'View from a bridge', those songs, needed to have a conversation with the songs of the present so that there was a kindof 'then and now' situation. And so a lot of the new songs were inspired by the past but we wanted to sound contemporary, but nonetheless very much inspired by the sounds and the attitude of the early albums I did, so that there's definitely a conversation between the past and the present, and I think that's why the new album works so well.

What is the last record you have been listening to?
Well just recently I've been listening to the new album by Jessie J. It's just fantastic , it's very different to the kind of music that I make but it's just full of energy. She's the same age, pretty much, that I was when my career began. When I watch her career, I recognise myself in her a lot, all her passion for music and her passion for singing. The new Jessie J album, which is called... I think it's called 'Who you are'.

Which song would you have liked to write?
Where do we start? The song I would have liked to have written... 'My funny valentine', that's a great song. That's one of my favourite songs.

Have you planned a new gig soon? Waiting 2 years is very hard...
Yes, it's been a long time. Too long, I think. But now with the new album and a lot more interest in me again and people realise I'm still around and doing a lot of live work, I'm hoping that in the not too distant future I'll come back and do a tour in France. That's what I would really love to do.

I'm very very happy, je suis très content d'etre ici aujourd'hui et tout les temps en France. Thank you very much for being my fan for such a long time.  But you know, the feeling is reciprocal because j'adore France. 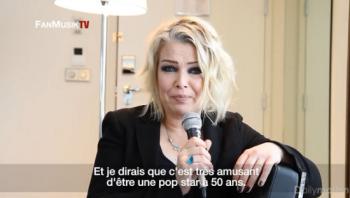 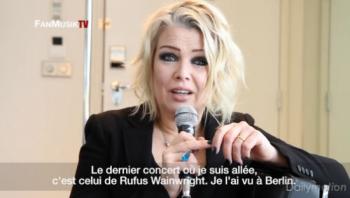 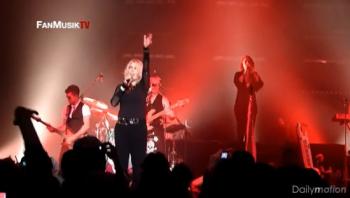 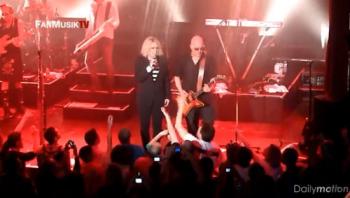