Interview with Kim Wilde about her response to the news of Abba releasing new music after almost 40 years.

It's the reunion, I think, we never dreamed would happen and it's happening. Can you believe it?
Well, you know what: I was writing in Stockholm back in 2018 and I was working with a couple of Swedish producers there and there were whispers about it then. And so I've sortof been waiting, wondering where it is. Someone said there were two tracks and so everyone was thinking where are those two tracks. The wait went on and on and now of course we know they were making the album. I think it comes out November 5th or something. I watched the introduction, the little film yesterday announcing the whole thing. Oh, and it was so emotional watching all the fans going crazy around the world, bringing so much joy particularly at this time of all times. For them to come back now is just amazing. It's almost a miracle!

What is it? Is it nostalgia, do you think? Is it because the music reminds many people of their youth, of a different time, or is it actually the magic in the music?
Well, you know, of course the music is completely magical but those two voices, Frida and Agnetha's voices together... It's pretty rare that two voices sound so incredible like that. I think of the Everly Brothers, I think of the Carpenters, I think of Simon & Garfunkel and I think Frida and Agnetha, those voices, there's something deeply emotional and spiritual about their voices. And now with age it's enhanced and become deeper and even more emotional. So no wonder everyone's freaking out!

[...] sad Abba songs. Which side are you on? What are your favourites?
Definitely the sad ones. 'Knowing Me Knowing You', 'The Winner Takes It All', that's just enough to lay you on the floor. I do love the dancey ones too. I was there watching them on the Eurovision back in '74 with 'Waterloo', and then of course there was just like this tsunami of amazing hits that just followed it up. Hit after hit, the soundtrack to my life, just totally inspiring me. I wanted to be Agnetha and I wanted to be in Abba. They drove my ambition actually, initally. Certainly when I started making records with my brother Ricky Wilde, hugely influenced by them. There are Abba influences on 'Kids in America' and on 'Cambodia' and lots of the early hits that we did together. So I'm beyond excited about this. I think it's fantastic there's gonna be a venue, purpose-built venue in London. The UK, it's a fantastic thing for our country and a real honour to have Abba en residence à Londres. It's not Swedish, but I don't speak Swedish (laughs).

For some people it's the music, right? Other people have a fascination with their personalities. And we all know, there was a complicated dynamic going on there as time went on with Abba. That's always been part of the interest in those four people hasn't it?
Oh, absolutely. The real drama of their lives together, all that huge success and then to have to wear the smile with their heart breaking. The pathos of that, the drama of that. It's a very human... They're human beings, they're very down to earth people, very private people. When you hear them speak they're so humble. And they don't parade their private lives. They don't talk the ins and outs of what happened there. They leave us to imagine... well, they leave us the songs. We can tell from the songs how painful it was to be in that situation. So beautiful, I feel very emotional talking about them today. 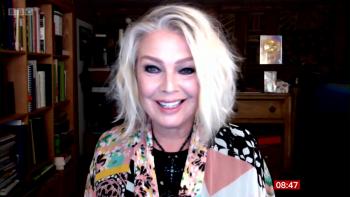 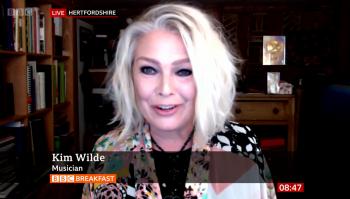 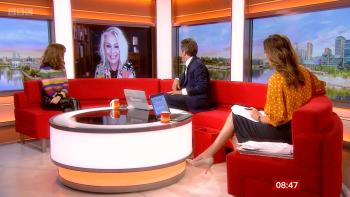 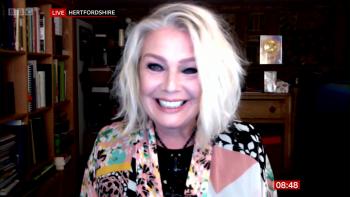